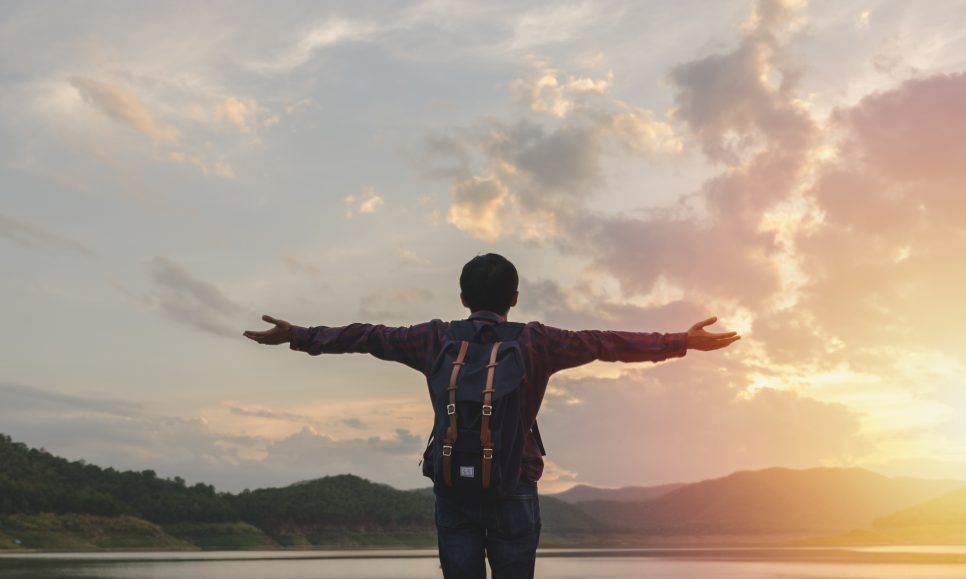 Our life can sometimes be very different from what we planned … I’d like to share this sory with you;

There was a man who had two sons. One day the youngest said, “Father, I want my share of the inheritance now.” The father divided his property between his two sons. A few days later, the youngest son took his belongings and went on a journey to a distant land. There he spend his entire assets. Just when there was nothing left, the country was hit by a terrible famine. He was in a very bad situation. He managed to get a job on a farm and had to go to the land to look after the pigs. He was so hungry that he would have liked to eat some of the pig food, but he was not allowed.

Finally he came to his senses and thought to himself: “At my father’s house even the servants have more than enough to eat. And look at me sitting here now! I am almost starving. I know something! I return to my father and I will tell him: “Father, I have sinned against God and against you. I am not worthy to be called your son any more. But maybe you want to hire me as a servant? “

So he went to his father’s house. His father saw him coming from the distance and had a lot to do with him. The old man ran towards him, fell on his neck, and kissed him. “Father,” said the son, “I have sinned against God and against you. I am no longer worthy to be called your son … “But the father did not even let him finish his scentence and told his servants: “Quick! Get the nicest clothes we have and bring them for my son. Give him a ring for his finger and a pair of sandals. Slaughter the calf that we have fattened. We are going to have a party. Because my youngest son was dead and has come alive again. I lost him and got him back. “

And they celebrated. In the meantime, the eldest son was working on the land. When he got home, he heard dance music. He called a servant and asked what was the matter. “Your brother is back,” replied the servant, “and your father had the manure calf slaughtered. He is so happy that your brother has returned home healthy and well. ”

The oldest brother became angry and did not want to go inside. His father came out and tried to get him inside. But he answered: “Listen, father! All these years I have worked hard for you. I’ve always done what you asked me. But you have never given me a goat to slaughter and celebrate with my friends. Now that son of yours comes home, he who spoiled your money at the whores and what do you do? You slaughter the best calf we have for him! “” But boy, “said the father,” you and I are always together. Everything that is mine is yours. We just need to celebrate. It’s your own brother. He was dead and became alive again. We had lost him and now he is back 1

What about your life? Has your life also turned out differently than you expected? Do you also want to go ‘home’ again, but are you ashamed to take the first step? There is a Father waiting for you …

Or read the summary